Finally we're back in business... a bit later than planned but we're shipping again!
Please note shipping cost will be calculated once the shipping address is filled. This way, you won't see an outrageous shipping cost before completing the form.
Sale!

Decaying – One To Conquer LP (black)

Initially issued on CD in November 2014 through the same label, One To Conquer features eight tracks of earth-shattering, doom-influenced death metal, picking up exactly where the band’s third album The Last Days Of War left off, but also managing to incorporate enough twists and turns to keep things interesting. With One To Conquer, the group stays true to its traditional sound, a raw and blazing death metal interspersed with some crushing doom elements and a fair amount of melodic guitar licks that give an epic feel to some of these songs.

The 12” LP is available in edition of 250 copies (100 x black and 150 x green in transparent red) housed in a pocket sleeve with full-color insert. All tracks were remastered by Decaying’s founder/guitarist/vocalist Matias Nastolin. 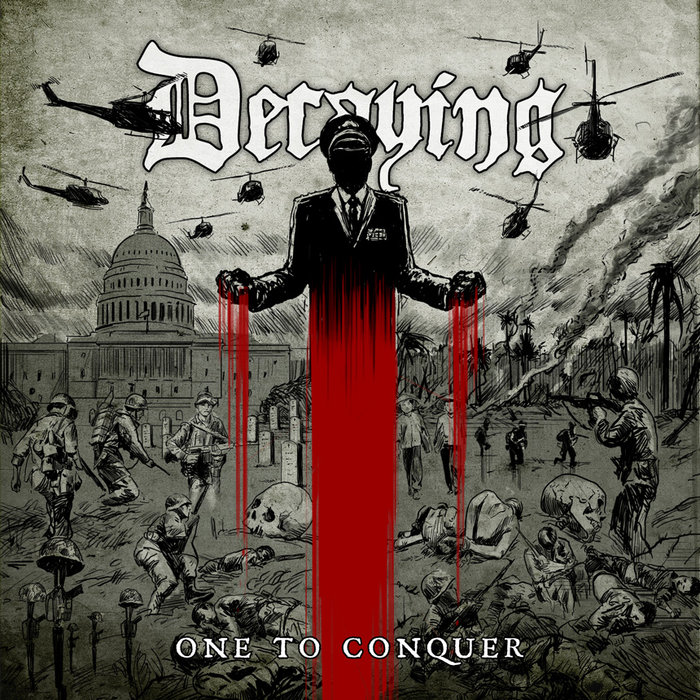