Entering into the studio only 4 months after the release of their highly acclaimed EP “Don’t Waste Your Time”, “MANA” conjures up an emotive 40-minute ride into the realms of heavy metal, new wave, goth rock, and continues to solidify the bands unique brand of heavy music.

MANA was recorded between the months of November 2018 to January 2019. Drum production executed at Sharkbite studios in Oakland, CA with producer Zack Ohren (Machine Head). Tracking of all guitars and vocals were completed at Falcon Studios in Portland, OR with Producer/Engineer Gabe Johnston, and followed by mixing by Gabe Johnston and Gabriel Franco.  Brad Boatright gave the album it`s final touches at his esteemed Audiosiege mastering studio (Corrosion of Conformity, Yob, Poison Idea, Mantar)

* Please note: color vinyl pictures are a sample. Especially marble/mixed vinyl is always different in the way it looks after every manufacturing process. That applies to the intensity of color swap and the amount of effect to be seen in every platter. 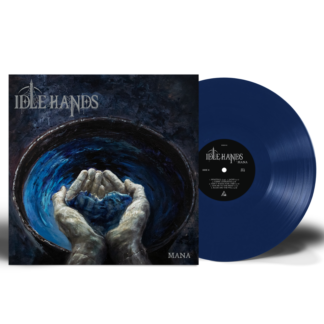