ATTENTION: no parcels will be shipped between 13 and 28 July

A largely improvised statement of furious and minimalistic black metal, Imperial Cult‘s debut LP ‘Spasm of Light’ was recorded live in 2017 as a single, thirty minute-plus long trance-inducing movement of embodied chaos designed to dismantle the psyche. The phantasmal vocals, combined with the repetitive intensity of the music, create an impenetrable fortress casting its spectral shadow unto a scorched and barren wasteland.

Netherlands’ Imperial Cult creates black metal drone trance whose sonic framework many attentive listeners will not fail to stylistically trace back to a band like Fell Voices. Its sound is constructed on repetitive, cyclical, and vorticose cyclones of furious raw black immersed in a storming haze of decaying ambient-noise that defies logic and sanity.

The three members involved in the project are key figures in the Dutch extreme/experimental underground, and are active in bands like Turia, Nusquama, Cryptae, Lubbert Das, Horrid Apparition, Dead Neanderthals, Solar Temple, Heavy Natural, Iskandr, Celestial Bodies, and DungeönHammer as well as tied in with the label Haeresis Noviomagi. Thematically, Imperial Cult is a reconnaissance of an inherited culture of physical violence and material exploitation. Marching towards self destruction, we must understand the inevitability of violence and quenchless nature of bloodshed. Imperial Cult refers to ancient forms of divine worship of emperors as deities, and the cognate contemporary worship of those who will ultimately destroy us. It is a call to power, to reclaim the sacrificial logic which enables our ruination. 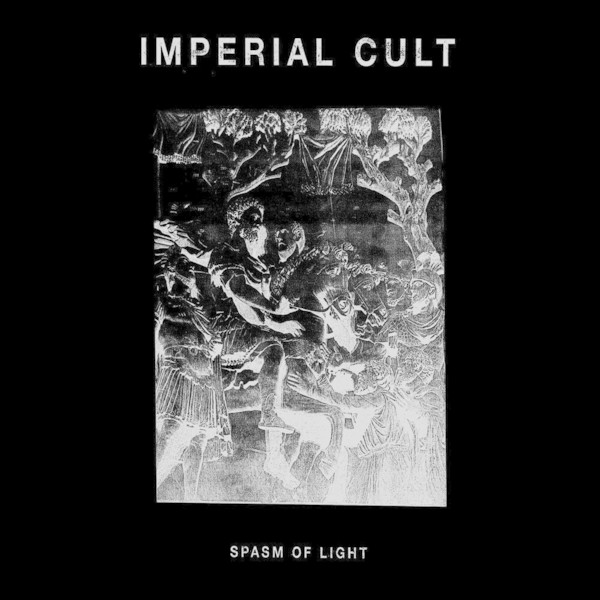