Aldrnari is the collaboration of Árstíðir lífsins and Carpe Noctem. Recorded at various places in Germany, Sweden and Iceland in 2017 and 2018, Aldrnari was mixed and mastered in February of 2019 by Markus Stock at Klangschmiede Studio E, and embellished with a cover artwork by Artem Grigoryev. Aldrnari explores themes of death and war, fire and life.

Carpe Noctem was formed in November 2005 and released the demo Myrkraverk in 2008, but its current formation came to be in 2009 after the release of their self titled EP. By this time, the band had earned a reputation of intense stage performances and heavily atmospheric and original songwriting, while rising as one of Iceland s leading acts in Black Metal. The music shows various influences and expresses extreme opposites. It forms a raw, chaotic and apocalyptic soundscape combined with Icelandic lyrics; Often referencing scripture, Norse mythology, occult writings, a pocalyptic prophecies and Icelandic black magic rituals.
Carpe Noctem has released two full length albums, In Terra Profugus (2013) and Vitrun (2018) via Code666 Records. 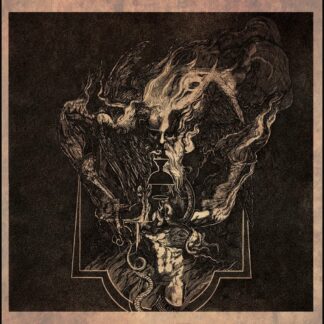